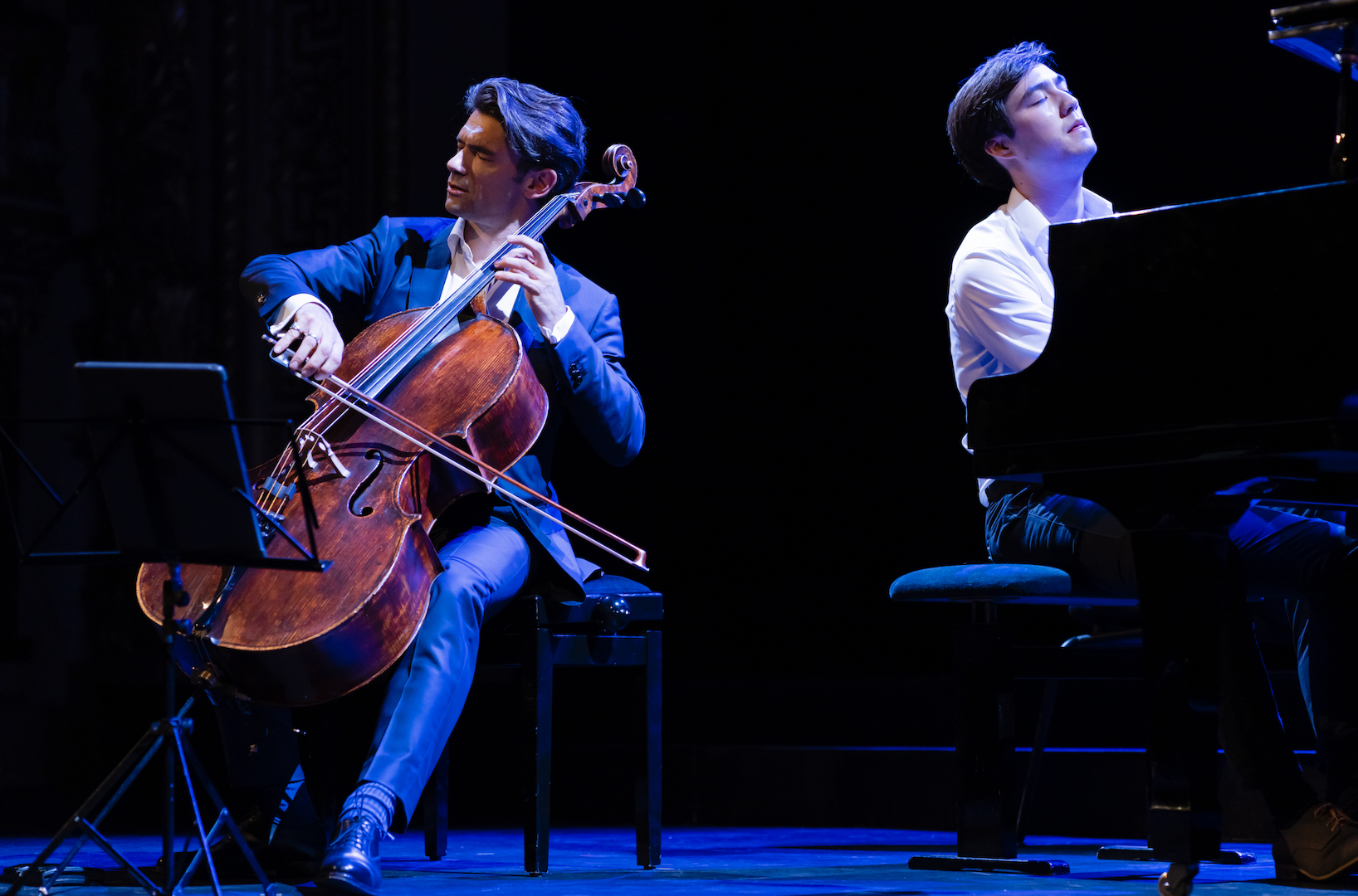 Chopin’s fourth and final Ballade in F minor has been viewed as a masterpiece ever since its creation in 1842. After a seven-bar introduction in A flat major, it tips into its famous, slavic-sounding F minor theme which – eventually joined by a rocking, chorale-like second theme in B flat major – is subjected to increasingly florid variations. The Ballade then concludes with a turbulent and highly virtuosic final coda, full of contrapuntal complexities. And all this via a narrative voice whose most beguiling quality, besides its melting lyricism and the passion of its heroic climaxes, is the way in which, in its reflectiveness, it appears to be frequently hesitating and turning back on itself.

Composed two years later, the Berceuse in D flat major is equally a series of variations. Sixteen of them, over a ground bass. Its own notable quality is that its dynamics remain soft throughout, the dramatic arc coming instead through texture and sonority.

Another ostinato-like bass underpins the Barcarolle in F sharp major, completed in 1846. While the barcarolle was a popular nineteenth century musical genre, evoking the lilting boat songs of Venetian gondoliers, Chopin’s took the form in revolutionary new directions through both its sophisticated and even dissonant harmonies, and a climax of almost oceanic drama and power.

Debussy’s ‘Reflets dans l’eau’ is the first of three pieces which make up his first book of Images, completed in 1905. A musical depiction of light reflecting off the surface of water, its harmonically complex ornamentations and fluidly shifting rhythms feel full of the influence of Chopin.

‘Masks of the commedia dell’arte, young women singing and dancing; everything culminating in the glory of the setting sun’ is how Debussy himself described L’isle joyeuse of 1904. Sparklingly energetic, with the whole-tone scale occasionally lending a more ambiguous note to its joy, it culminates in radiant and highly virtuosic waltz writing.

Spontaneity and passion are equally present across the first movement of Grieg’s Cello Sonata, composed for his cellist brother in 1882/3. Also, subtle shades of his famous Piano Concerto in A minor, whose key it shares.