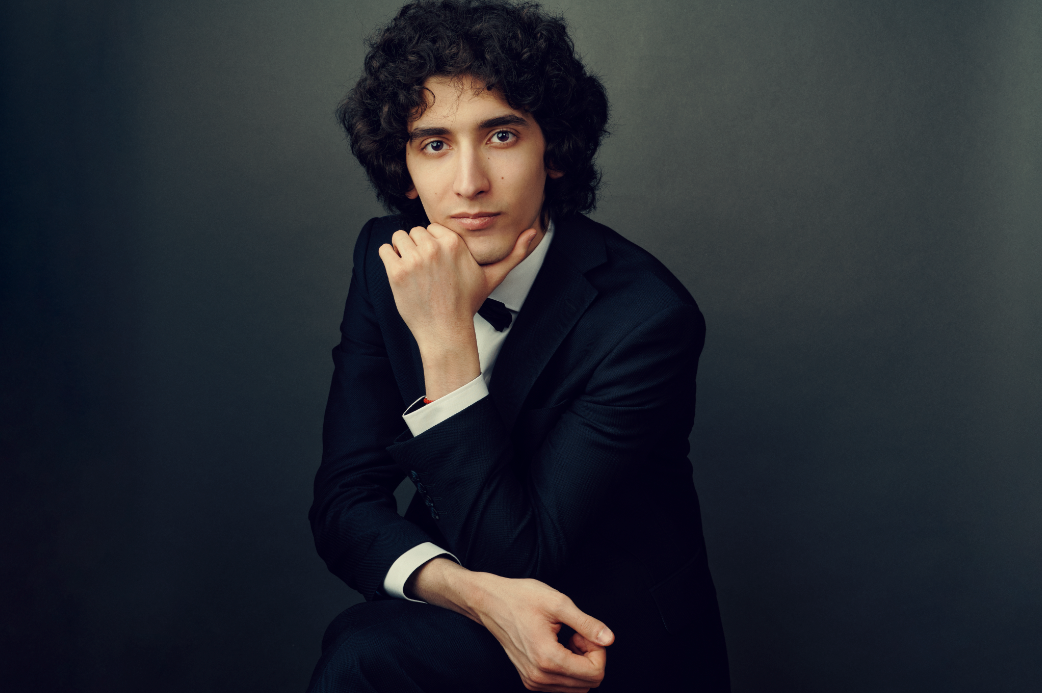 Sviatoslav Richter, who was honored to givethe first performance of Prokofiev’s Sonata No. 7, Op. 83 Sonata in Moscow in January 1943,offered this recollection: “The audience clearly grasped the spirit ofthe work, which reflected their innermost feelings and concerns. With thiswork, we are brutally plunged into the anxiously threatening atmosphere of a worldthat has lost its balance. Chaos and uncertainty reign. We see murderous forces unleashed.But this does not mean that what we lived by before thereby ceases toexist. We continue to feel and to love. Now the full range of humanemotions bursts forth. In the tremendous struggle that thisinvolves, we find the strength to affirm the irrepressiblelife-force.”

This War Sonata has a prescient meaningeven today with the coronavirus as a silent enemy and the threat of ongoing war ever looming.The choice of this sonata is core repertoire for all concert pianists. Butthe real question is what does the pianist feel, in today’s dayand age, especially a Russian pianist as Roman Borisov? What are hisinnermost feelings and concerns when he plays this monstrouswork? Perhaps the worry is just to play all the notes! You will beastonished by the pyrotechnical virtuosity of the pianist. Eventhe tempo marking suggests something brutal: Allegro inquieto. Fast, nervous, agitated and restless. That sounds like a portraitof modern man.

It is also sadness. The 2nd movement,andante caloroso, a warmmarch, is actually a quotation from Schumann’s song Wehmuth(Sadness) from Liederkreis, Op.39. The text is “I cansometimes sing as if I were glad, yet secretly tears well and so free myheart.” Russian irony is expressed for it is asked what culture knowssuffering more than the Rus? Read Dostoevsky or Pushkin or Tolstoy orBulgakov and the answer is given. Listen to Prokofiev orShostakovich or Tchaikovsky and the sad suffering voice resonates.

The Percipitato third movement,violently and abruptly plunging into a struggle, is a reminder of this workpremiered during the 2nd World War. Keep in mind the Leningrad Symphony of Shostakovichwas premiered in 1942. A year later and the war was taking millionsmore lives.

For most Russian musicians, the repertoireof this countryman ispart of their musical DNA. To choose this work is no smallfeat, however. It takes technical demands to a new level. Imagine being amarathon runner, and then deciding to climb Mont Blanc. It is a different andmore challenging adventure. And then it is

the fall into an inferno. The piano itselfbecomes a scythe, not ahammer and sickle.

How does this work fulfill the rest of theprogram?

Bach’s Italian Concerto in F major, from1735, the counterpart toProkofiev’s F minor starts the program. Sir AndrásSchiff, an ambassador of Classeek, is known for his sparkling rendition. This piece,like all Bach requires a clarity and brilliance, remembering that theinstrument was a harpsichord without the subtleties associatedwith the pianoforte. The best that could be made are the loud -soft polarities on the two manual instrument.

What separates the Bach Italian Concertofrom the Italian composers of the time is something that might even separate the stereotypicalcultures of Italian and German. Passion and Precision. The Italiancomposers provided more passionate freedom to the performer. Bach, ever theLutheran, responds withprecision and introspection. Despite the major keyillumination, it is a musical rumination during the age of the Enlightenment.

Brahms composed his 4 Klavierstucke, Op.119 in 1893 at the end of his illustrious life. These three intermezzi and one rhapsody, they weresober, somber and sage. As usual, Clara Schumann remained his museuntil the end as he wrote of the Intermezzo in B minor: “Every barand every note must sound like a ritard[ando], as if one wanted to suckmelancholy out of each andevery one, lustily and with pleasure out of thesevery dissonances!

Good Lord, this description will surelyawaken your desire!” Ifyou don’t love Brahms, this little gem will certainlychange your mind.

His final Rhapsodie, in E flat major withtempo of Allegro Risoluto suggests amarch of heroic triumph but the ending, in the unusual E flatminor, makes a final musical statement for his final piece for thepiano. Brahms wrote these while at Bad Ischl. I am reminded of thestory of Mahler being invited to meet the Maestro at this place ofretreat. But instead, he came early, sneaking up to the window towitness Brahms cooking his sausage, bare chested, his large bellybloated over his waist from pancreatic cancer, his beard smeared withoil. It was an ungainly sight for Mahler who, in hisdisillusionment, ran away without so much as a knock on thedoor. And so the accented marks on the high-pitched octaves nearthe end of the Rhapsodie are like nails to the coffin. We live, welove, we die and we make music in between.

And then comes Chopin. Chopin, like Wagner,wrote phenomenally beautiful music, despite the accusations ofantisemitism and snobbery. The Ballade in F minor is a good example ofdisguising the damage done by the person. His genius pours through,creating both a technically demanding display underneath thepoetic veneer of sublime piano music. The inner voicing must bepresent from the introduction leading to the main theme that eerilyechoes “Sunrise, Sunset” from Fiddler on the Roof. Of course,Chopin was only experimenting with harmonic chromaticism.

But there was something deeper, musically,even psychologically, especially when the main theme returns at the end with a fury to the finalchords of conclusion.

A connection to both Brahms and Prokofiev:that is the denial of the fate he knew awaited him. Tuberculosis was Chopin’s Grim Reaper, asloneliness was Brahms’s destiny, as Stalin was Prokofiev’s stain.

And yet, their music rises from the asheslike a Phoenix. The grace of these works, and the differing and distinctive commonalitiesmake for a remarkable recital program. Roman Borisov takes thelistener not only an extroverted sonic adventure, but into the labyrinthof soul, from the summit of personal triumph to the abyss of defeat.Each work has its final words. Bach’s sweet and celebratory F major chord, Brahms’high octane fermata in E flat minor, Chopin’s descending avalanche of notes to a definitiveF minor end to Prokofiev’s massive industrial chords leading to an ascendingflourish and final fortissimo octaves. The voice may have beenheard, but the rest is silence.

Thank you for being part of the Spring Festival 2021