Music: More Than The Notes 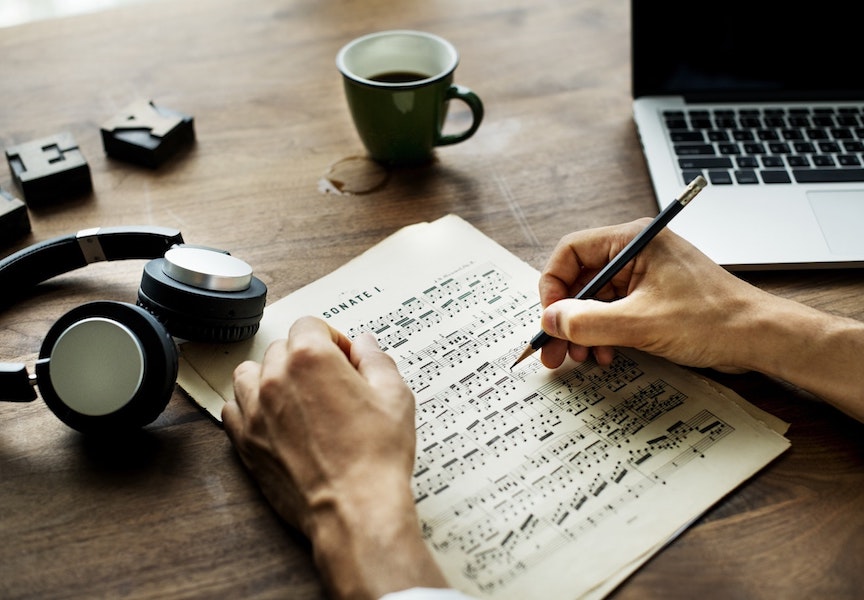 Growing up as a child in Australia, you can be forgiven for the feeling that the rest of the world exists on another planet. Mostly because, well, by virtue of distance, it might as well be.

News channels often focused on stories that directly affected Australia and its inhabitants, with only extremely big pieces of news journeying the many miles that separate the country from the rest of the planet. To an Australian kid, Russia is known as a really cold place where some fairly bad things happened; Germany is known as a fairly cold place where some really bad things happened; and England is basically the old little island with the little old Matriarch, and a rather pathetic cricket team.

Perhaps it was the quality of my secondary school, but the attention given to learning history, culture, and philosophy was definitely at a lesser level than the more applied studies of science and sport. Literature was limited to Shakespeare and contemporary works, and the requisite six month subject of ‘Australian Studies’ featured around three weeks of: “So the British came, and uh, something bad happened, then we got federated, and now we’re a country.” It seemed as though as a country, we were still not quite ready to admit to some of the atrocities we perpetrated - and unfortunately, still aren’t: see current debates on Land Ownership, the date for Australian Day, etc.

When it came to studying ‘Modern History’ in Year 11, the space allocated in the curriculum to studying the Second World War was two weeks. In that time we learned that Hitler was a douche, and that we won. Case closed.

Luckily however, I had also taken a class that year called Music in Society. Music in Australian secondary schooling - like theatre, visual arts, dance - is absolutely a niche backwater that only the most dedicated end up studying; by virtue of the fact that most schools don’t tend to offer much in the way of it. I was lucky enough that in my cohort were several dedicated music nerds, and so our Head of Music brought in a specialist teacher for this specific subject. And what did we learn? The recording process of The Beatles’ Sgt Peppers Lonely Hearts Club Band, Arnold Schoenberg’s A Survivor from Warsaw, and Dmitri Shostakovich’s Eighth String Quartet.

Through these three pieces, we were finally given an insight into how the rest of the world lived during the 20th century. The Beatles allowed us to explore the counterculture revolution of the 1960’s and how it extended across the USA and England; Schoenberg in his Sprechtstimme libretto narrates the experience of a holocaust survivor and the horrors of the Warsaw ghetto and Nazism; Shostakovich’s somewhat autobiographic work is not only dedicated to the victims of Fascism, but allowed us to immerse ourselves into the world of Stalin’s crackdowns on formalist musicians and the near constant terrorism of activists in the Soviet Union. By focusing on these specific pieces of music, and how they related to the time and place they were created, we learned of events that shaped our modern society, of figures (both in and outside of music) who challenged the status quo - and we even became well acquainted with some great works of music. Pretty good subject, really.

Does music have educative potential beyond the notes on the page? Absolutely. And what can we learn from the music of today and the recent past as we look forward? In Berlin, I am currently working on creating a large-scale public concert featuring two works composed during the second world war and around the Siege of Leningrad by two Russian composers; Shostakovich and Sergei Prokofiev. Both works - Piano Sonata No. 2 (1941) by Shostakovich, and Piano Sonata No. 6 (1943) by Prokofiev - are testaments to the real human response to war and violence. To me they speak of resilience, of fatigue, of futility, and ultimately victory over a despotic force.

What I want to communicate with this concert is that in the extremely unstable situation we are looking at - with geopolitical forces sizing each other up (at the time of writing, the U.K. and Russia are at odds over the Sergei Skripal poisoning; the USA is flexing its rhetorical muscle as a response to the claims of Syrian and Russian chemical warfare; Kim Jong-un is being, well, Kim Jong-un; and Australia is counting its Commonwealth Games medal tally) - behind all of this is a remarkable testament to the Human Condition. Behind the curtains of posturing and ‘who-has-the-larger-button’ are billions of fellow human beings who laugh, love, and create. Seventy years ago, whilst hunger and violence tore apart millions of lives in Russia, these two men - Shostakovich and Prokofiev - were able to write something so powerful and visceral that it has outlasted either of them; and as musicians and listeners we have been given the most wonderful gift - that is, the gift to tell their stories, and to learn from their experience through the notes they have left us.